clear your mind ~ relax your body ~ breathe ~ smile ~ be

As much for your mind as for your body, these arts give you energy and will improve all aspects of your fitness and wellbeing. In the capable hands of Su Rule, our over-qualified teacher, you will learn how to practice Tai Chi and Qigong so that you can make the most of this one life.

Try one of our classes – they’re small, friendly and relaxed. With full focus on helping you to become fit and healthy, you’ll soon be ready to handle anything life throws at you! (…within reason, of course)

Refreshingly open and friendly, Chi Generation classes offer you the best environment to relax and learn. You’ll find clear, patient and supportive instruction in every class with the focus firmly on helping you learn Tai Chi and Qigong.

Tai Chi and Qigong taught at Chi Generation include traditional and contemporary forms (sets of movements) – teachings handed down through generations, integrated into contemporary forms created by Su Rule and representing over 30 years of passionate dedication. Through these forms, you will learn balance and coordination, develop your fitness and flexibility, work on your focus and concentration and find that special place of stillness and clarity within. 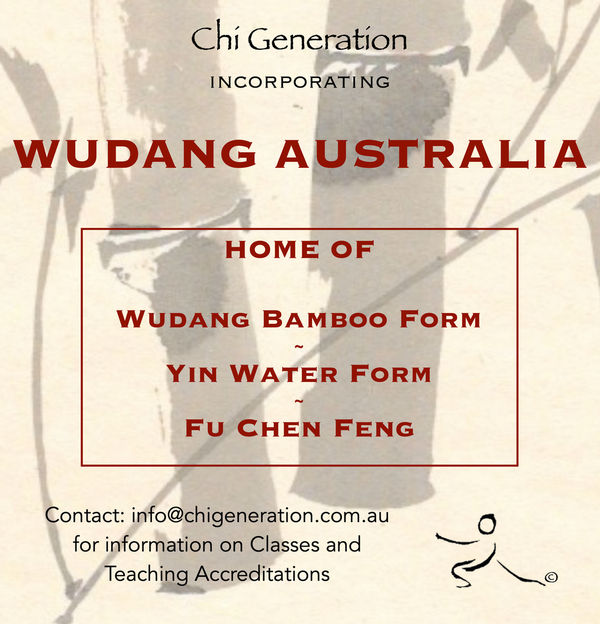 Incorporating Wudang Australia, Chi Generation teaches a mix of traditional and contemporary Tai Chi and Qigong forms (sets of exercises). Combining the tenets of Taoist philosophy with current teaching standards, you are offered relevant and relatable knowledge to practice and progress in learning these arts. Chi Generation is the only school in Australia offering training in this beautiful style of Tai Chi and Qigong. Written and developed for an Australian audience, you’ll be delighted by the progress you make and the difference you make to your health and wellbeing. 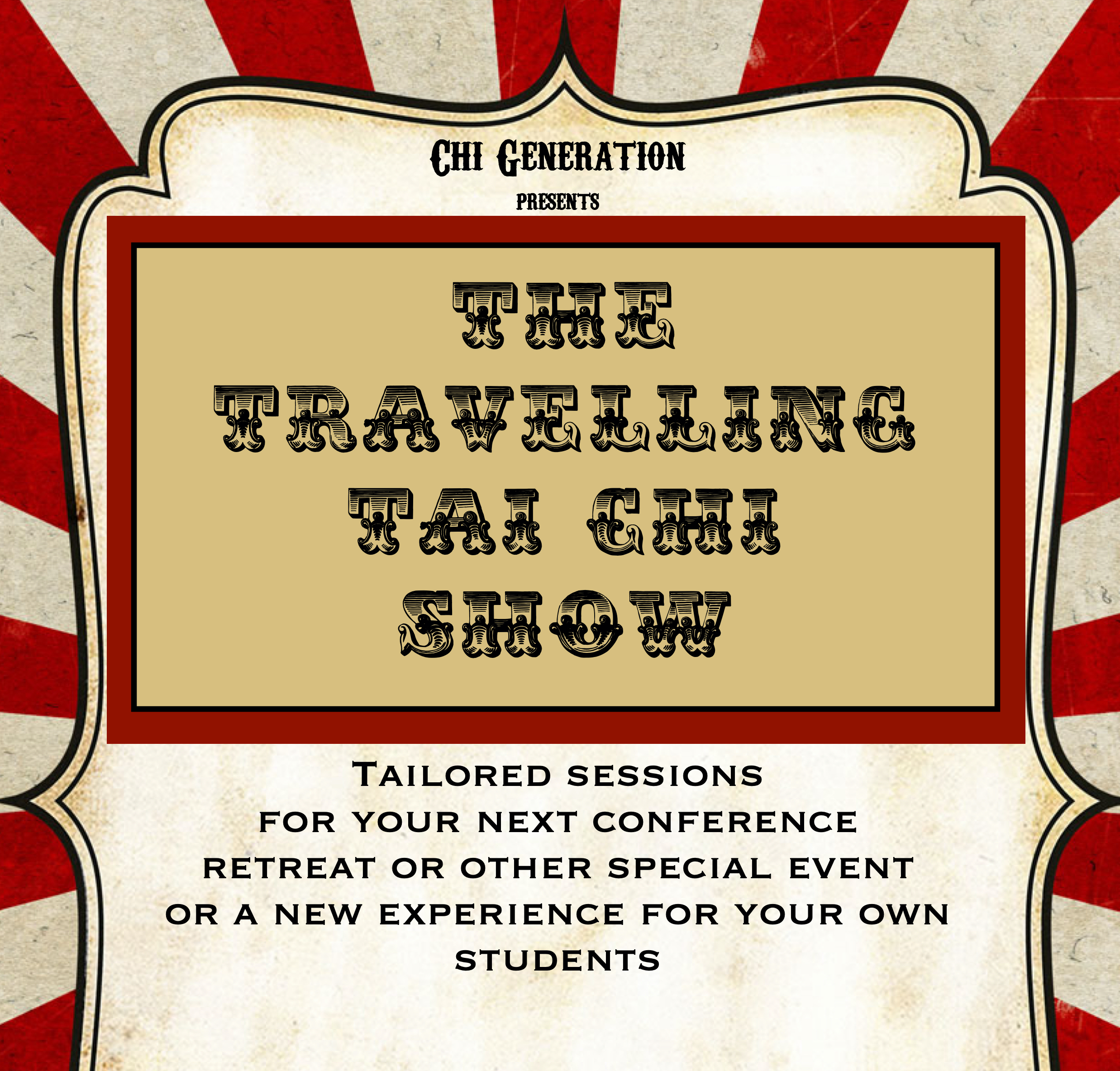 The Travelling Tai Chi Show offers group sessions at your venue. With programs to suit all sizes of corporate gatherings; school sessions for all ages (primary and up); retreats and special groups from every corner of the community. A Chi Generation session will settle the energy of each participant, offering clarity of mind and relief for restless bodies. You’ll find your people, little and big, more open and relaxed, holding a new perspective and bubbling with energy!

Experience the soulful joy, the mindful clarity, and the physical fitness that millions of Tai Chi and Qigong practitioners find while learning these arts.

Su first began Tai Chi in the early 1980’s, studying with Doctor Li Wong, a traditional Chinese doctor teaching and prescribing Qigong and Tai Chi to his patients for prevention and recovery from illness.

In the 1990’s, Su began training with Master Charles Tsui-Po and gained national and international recognition after competing at numerous local, state and national competitions; and eventually as Australia’s female representative in two World Wushu Championships and five World Traditional Championships held in Asia. As part of her own development, and in parallel with competition training, Su gained a 1st Degree Black Sash, 3rd Duan Grading and began teaching for Master Charles in 2000.

In 2008, Su discovered the Wudang style while competing at the 3rd World Traditional Championships in Wudang, China. After studying and training on her own for 2 years, Su entered an international competition in Hong Kong and met Wudang Master Yun Xiang Tseng (Wudang Chen) who invited her to train in Wudang, China. Su is honoured to have been a student of Grand Master Zhong Yun Long and to be recognised as Wudang San Feng Australia.

On her return from training in Wudang in 2011, Su founded Chi Generation and began teaching this beautiful style of Tai Chi here in Australia. From small beginnings, Su now runs a full timetable of weekly classes, with regular workshops and annual retreats here in the hills and in the regional centres of Victoria, sharing her passion for Tai Chi and the Wudang style.

“My journey to find the core of these arts is not complete, and I doubt it ever will be – but after years of study, training, travelling and teaching, I have found my place here in translating the Taoist ideas and practices into movements, forms and concepts more easily understood by a western mind.” 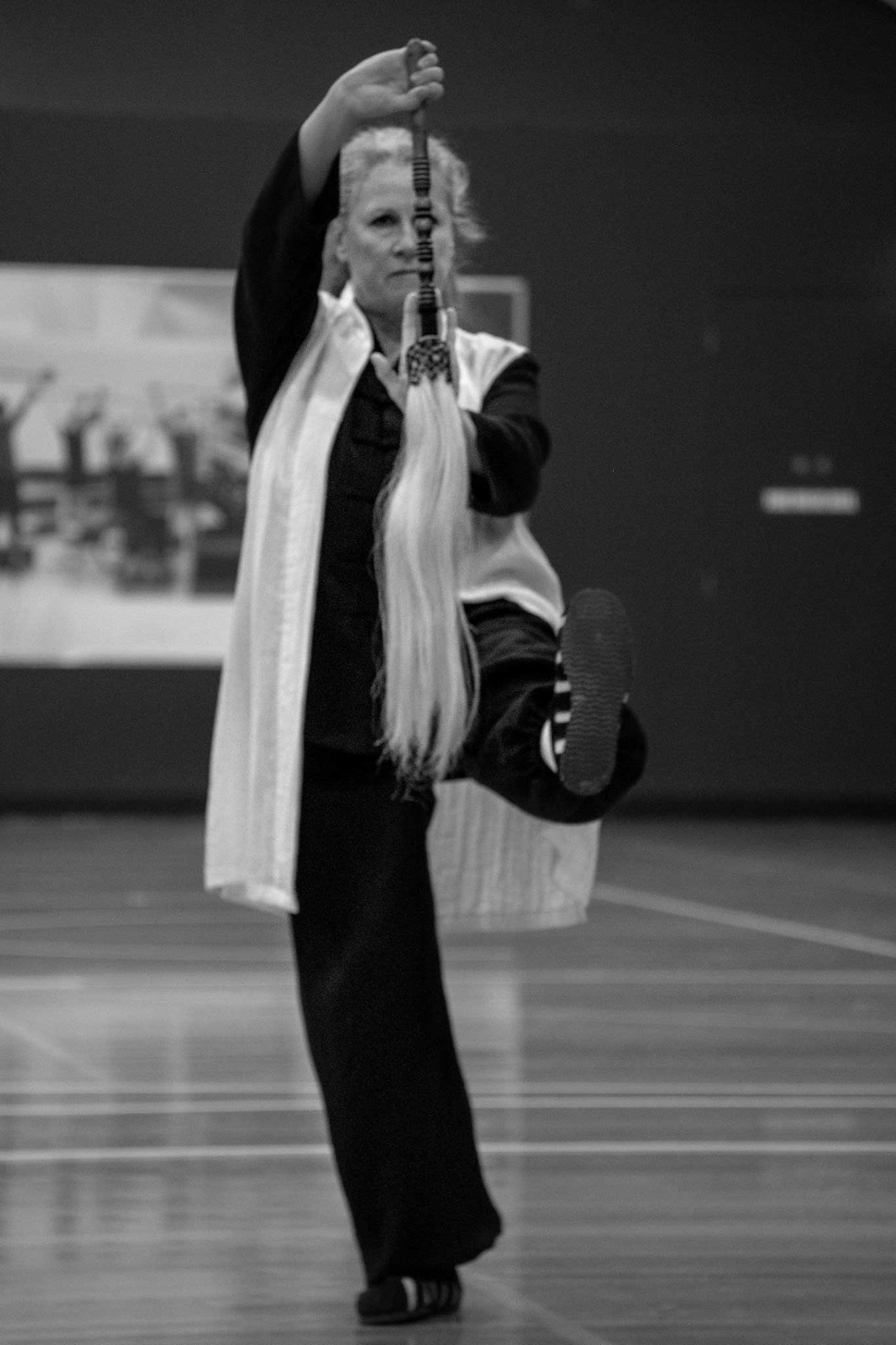